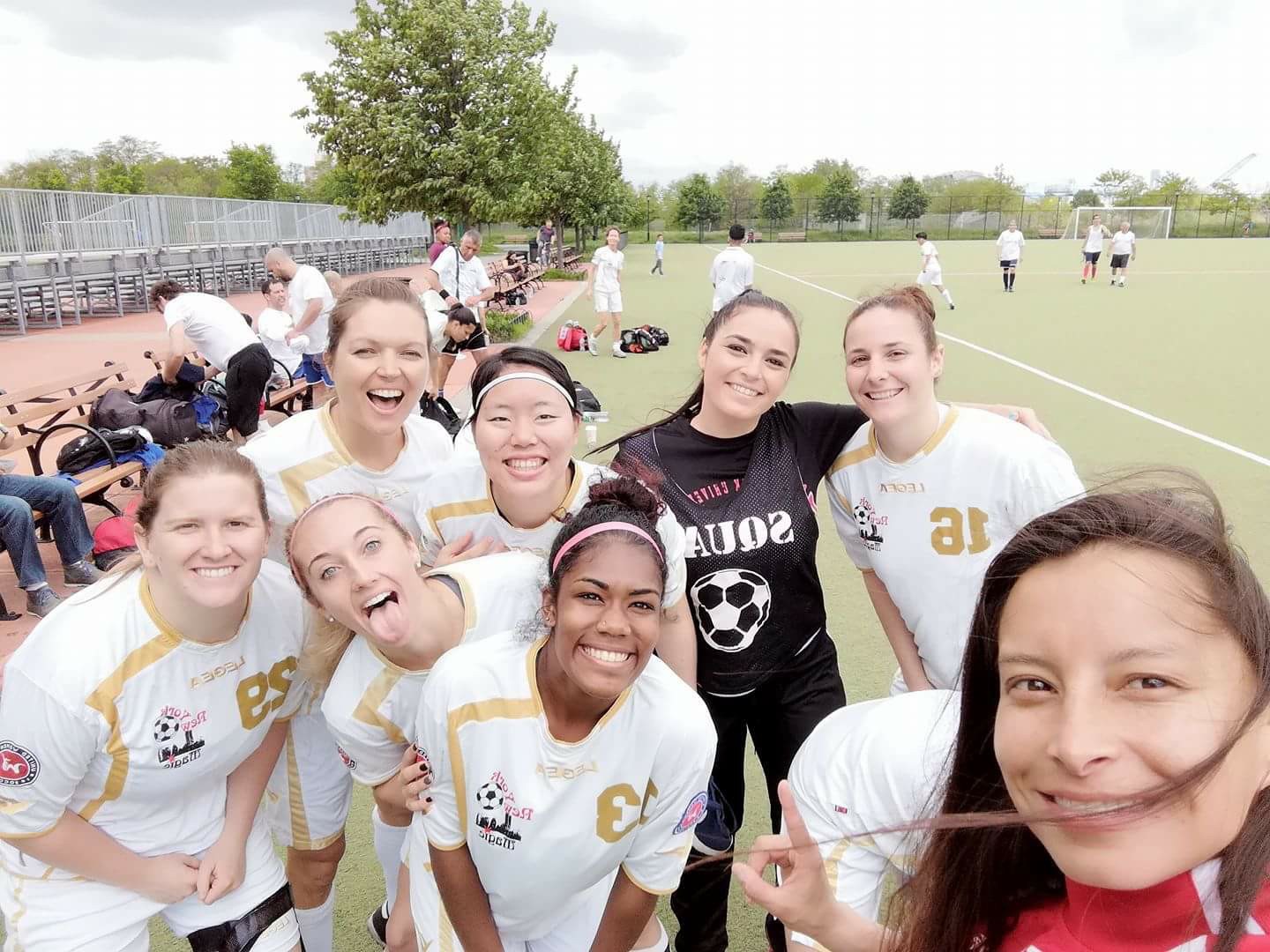 After a hard fought battle New York Magic SC (17-1 -1) captured the 2017-18 New York Metropolitan Women’s Soccer League (NYMWSL) Championship defeating CP Rangers “White” by a score of 2-1.   Winning the League Championship came down to the final game of the season!  When the Magic stepped onto the pitch- the League Championship was - ‘on the line.’  Prior to “Game day” - only 1 point separated the 2nd place Magic from the 1st place Rangers “White and,......the Magic pulled out an impressive victory.

Forward, Dani Perri scored the go-ahead-winning goal in the 87th minute of an intense 90 minutes of play - off a double assist from Miki Abe to Laura Marmelejo to Perri!   Perri composed herself in front of the goal and hit the ball to the upper right corner of the net.

Long time coach, Nino DePasquali, strategized with the Magic players and they trained to play “match-up” against the Rangers team.  It proved to be a winning strategy.  “This was our time and our game, said DePasquali who knew that Magic needed a win and not a tie.